This is a massive opportunity for Texas to find their rhythm back after the COVID break against Baylor. Now, the guard play of Texas will be crucial for Texas to have a chance to win this game. This starts with Matt Coleman who sets the tone with his playmaking and key shot-making in big moments along with his defense. Also, Andrew Jones will be important with his size on the defensive end against Davion Mitchell and Adam Flagler. Additionally, where Texas has the best opportunity to win this game is in the frontcourt with their versatility, size and skill. Therefore, Greg Brown will need to be able to attack the Baylor bigs consistently. The Longhorns need production from Kai Jones and Jericho Sims with their rim protection and rebounding ability.
Baylor needs to continue their perfect season and they will need Jared Butler to lead the way offensively. Further, having the perimeter of Butler and Mitchell will be great defensively against the Texas backcourt. Furthermore, the versatility of Mark Vital will be massive in this game with his ability to defend anyone on Texas. The offensive development of Mitchell has been big and will need to be again in this game. Also, the Baylor bigs will need to play well against a very athletic Texas frontcourt. The x-factor in this game could be Flagler or Matthew Mayer who both can score with the best of them. This is Texas’ big opportunity and they will get a massive win over Baylor.
Matchup to Watch: Jared Butler vs Matt Coleman
Prediction: Texas 78 Baylor 76 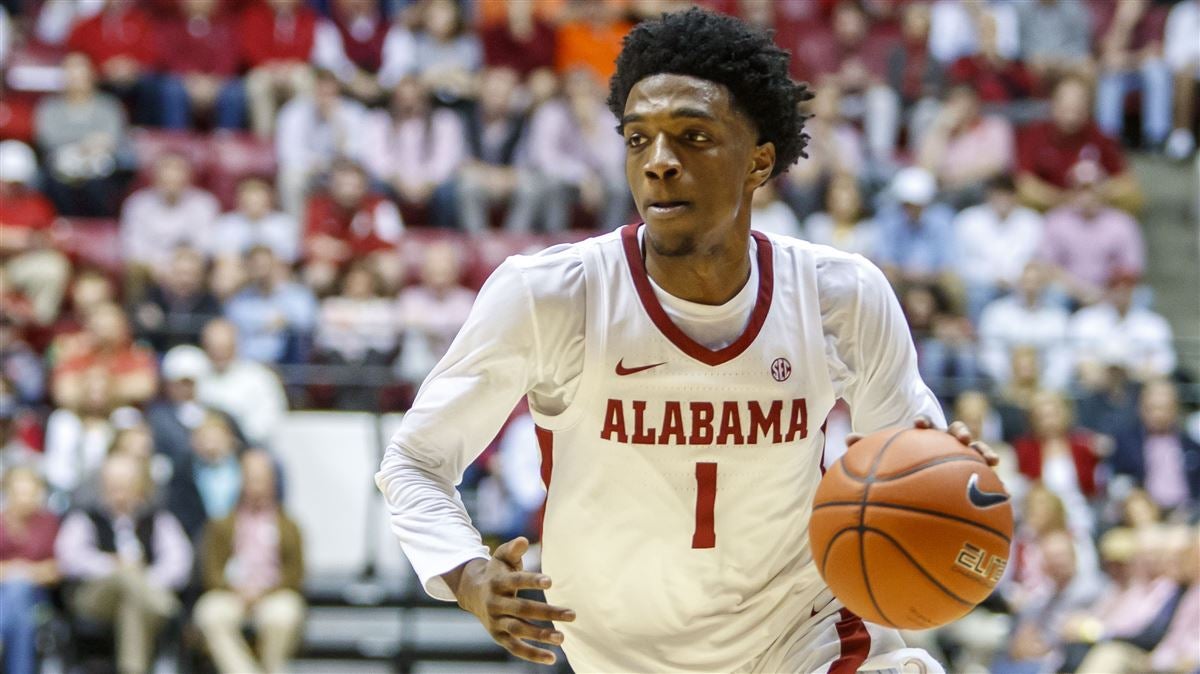 Alabama will be looking to bounce back against LSU to keep pace atop the SEC. The perimeter shooting for Alabama is critical to their success and will be heavily dependent on it the rest of the way. Furthermore, the consistent shooting of Jaden Shackleford and Jahvon Quinerly will be very important for Alabama to be at its best. John Petty can make big shots, but also get to the basket, especially in transition. Alex Reese is a key factor for Alabama’s success giving them a big who plays hard and is a factor inside. The best player is Herb Jones who is going to be important against LSU with his defense and ability to score at the rim.
For LSU, their ability to defend the 3-point shooting of Alabama will be imperative for them to have a chance in this game. Also, Cam Thomas will need to be at his best as one of the best scorers in the country. Further, Javonte Smart will be key with his size defensively against the Alabama perimeter and need a consistent scoring game from Smart. Continued, Trendon Watford and Darius Days are important for LSU to attack the frontcourt of Alabama. Overall, Alabama will respond in a big way over LSU.
Matchup to Watch: Herb Jones vs Trendon Watford
Prediction: Alabama 87 LSU 75

For Pittsburgh to have an opportunity to sneak into the NCAA Tournament picture, this is a game they must have. This starts with the play of Justin Champagnie with the versatility, defense and ability to take over a game. Next, they will need a big-time performance from Au’Diese Toney if Pittsburgh will win this game. The ability for Pittsburgh to slow down Keve Aluma will be vital for them to win this game needing Abdoul Karim Coulibaly to step up. Also, Ithiel Horton will be important against the Virginia Tech backcourt in controlling the tempo of this game.
As for Virginia Tech, they are looking to keep the momentum going in the ACC against Pittsburgh. Furthermore, their success has been heavily contributed by Aluma and will be key in this game again. Now, Virginia Tech will be looking to limit the overall impact of Champagnie in this game. Therefore, it will be a team effort defensively because Virginia Tech doesn’t have an individual who can single handily stop Justin Champagnie. Also, the effectiveness of Jalen Cone will be important for Virginia Tech to get in a good flow offensively. Nahiem Alleyne needs to be really effective throughout against the Pittsburgh perimeter. Overall, Virginia Tech will win a tight one against Pittsburgh.
Matchup to Watch: Justin Champagnie vs Keve Aluma
Prediction: Virginia Tech 77 Pittsburgh 73 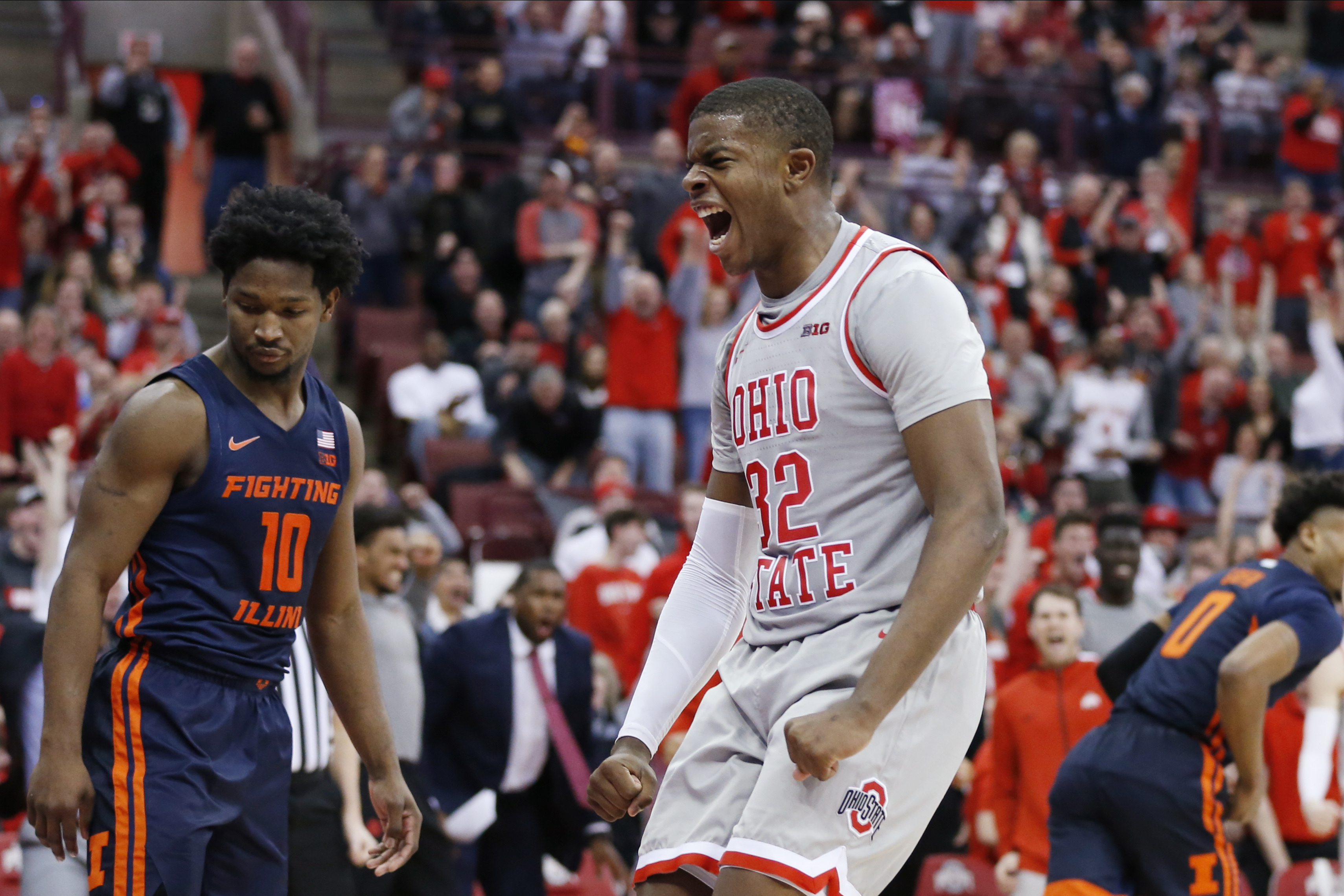 Ohio State is playing as well as anyone in the Big Ten and looks to hand Iowa their third consecutive loss. Further, the play of E.J. Liddell has been sensational with his shot-making and consistency he provides for Ohio State and will be a tough matchup for Luka Garza. Next, Duane Washington will be important with his 3-point shooting and offense to keep pace with the Iowa offense. Also, Justice Sueing’s versatility is critical for Ohio State with his ability to get to the basket and be a factor defensively. The shot-making of Justin Ahrens has been impressive and gives Ohio State a dependable marksman from deep. The overall depth of Ohio State is vital with having Seth Towns, Zed Key and Musa Jallow adding toughness and consistency. Having CJ Walker back provides leadership and stability.
For Iowa, they are looking to rebound with losses to Illinois and Indiana. Further, they need the backcourt to be dynamic with CJ Frederick and Jordan Bohannon especially. Continued, Joe Wieskamp must be great with his size and scoring against Justice Sueing. Additionally, the emergence of Kenneth Murray will be important with his mobility and physicality on the defense and offensive end. Also, Luka Garza will need to be in control of the matchup against E.J. Liddell for Iowa to win. The consistency on the defensive end will be important for Iowa to win this game. Ohio State has been very consistent and will get a massive road win against Iowa.
Matchup to Watch: E.J. Liddell vs Luka Garza
Prediction: Ohio State 72 Iowa 68

Rutgers is starting to get some momentum going and will continue it against Minnesota. They have established their identity on the defensive end becoming that physical team no one wants to play. Also, Myles Johnson brings really good consistency with his rim protection and an ability to make plays inside. The effort and juice that Jacob Young brings off the bench are massive for Rutgers setting the tone. Also, Ron Harper Jr. and Geo Baker must be consistent on offense for Rutgers to win here and continue to build towards an NCAA Tournament bid. The ability to contain Marcus Carr will be massive for Rutgers to win this game.
For Minnesota, they will need to have Liam Robbins stretch out Johnson away from the basket. They also need Carr to be at his best to carry the Minnesota offense. Additionally, Gabe Kalschuer has to step up and get going from the perimeter. Also, they will need the perimeter defense to be strong against Baker and Young. This game will be won by Rutgers because of their defensive identity.
Matchup to Watch: Marcus Carr vs Jacob Young
Prediction: Rutgers 70 Minnesota 65