Maryland has an opportunity to get back to prove its worth in the Big Ten against Ohio State. Anthony Cowan will need to have a massive impact on the offensive end setting the tone for Maryland. In addition, the size of Aaron Wiggins and Darryl Morsell matchup very well against Luther Muhammad and Andre Wesson who can give more scoring than their opposition. Next, the battle inside for Maryland will be a major challenge as Jalen Smith needs to contain the production of Kaleb Wesson. Consistency on the offensive end will be key for Maryland not having too many empty possessions.
As for Ohio State, their success starts with Kaleb Wesson going at Jalen Smith inside and stretching him out to the perimeter. Also, the backcourt of CJ Walker and D.J. Carton need to have good games defensively against Anthony Cowan. In addition, the size of Andre Wesson needs to allow him to have versatility defensively against the Maryland guards. As well as, hopefully getting Kyle Young back with his ability to impact the game in many ways. Maryland will be led by the play of Anthony Cowan to a huge win over Ohio State.
Prediction: Maryland 67 Ohio State 62 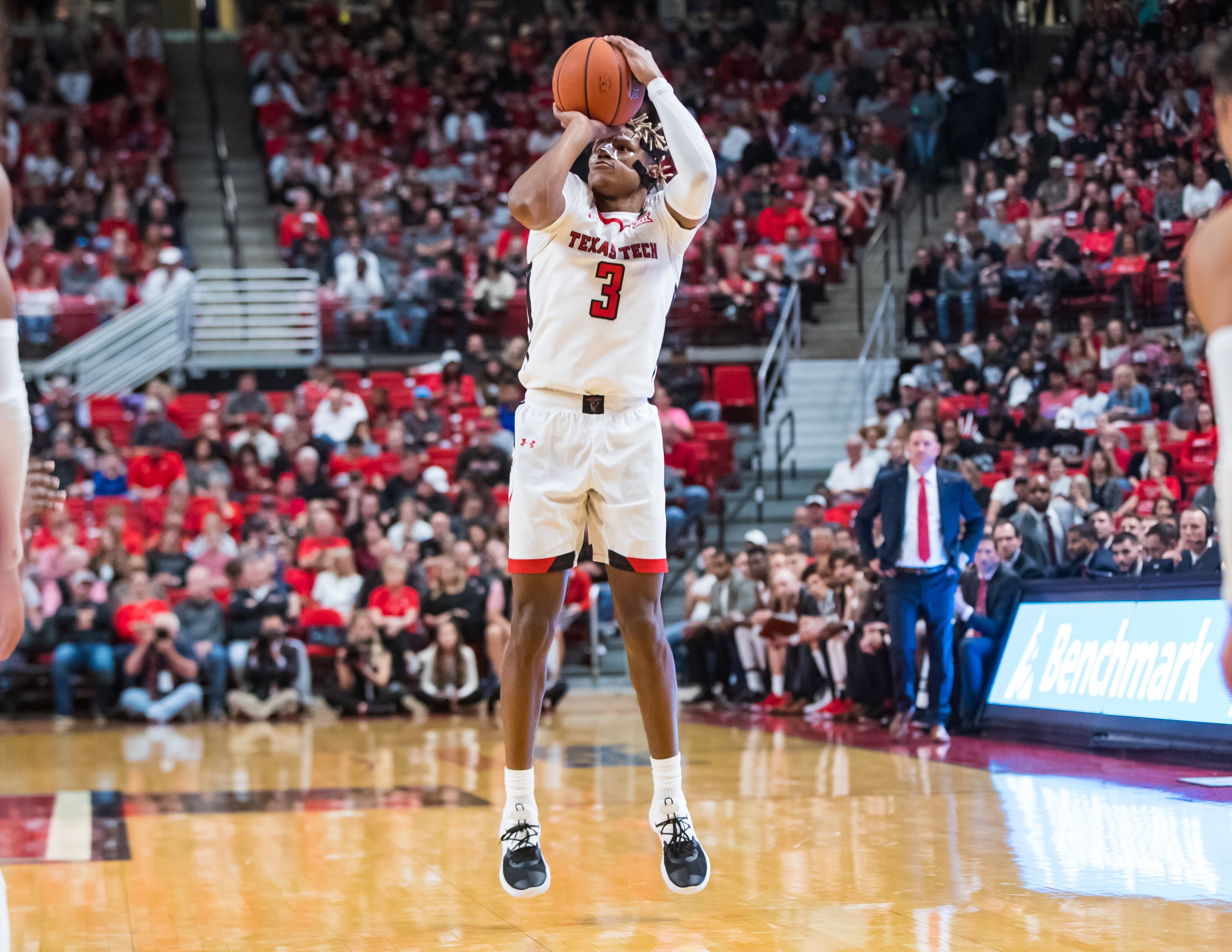 Baylor has the potential to continue to show its capabilities with a win at Texas Tech. The production of the guards for Baylor has carried them this far with Jared Butler being an all-league player. Also, MaCio Teague has to continue to emerge as the second option offensively. Furthermore, Freddie Gillespie will have a difficult time defending the athletic frontcourt of Texas Tech. Also, the undersize of Mark Vital will be crucial with his ability to stay with Chris Clarke. The lack of scoring inside without great production from Tristan Clark could pose issues for Baylor.
Now for Texas Tech, their backcourt is capable of competing with Baylor’s as Davide Morretti and Jahmi’us Ramsey need to have big games on both ends. Furthermore, Terrance Shannon and Kyler Edwards will need to make big shots for Texas Tech throughout this game. The biggest factor for Texas Tech could be T.J. Holyfield and Chris Clake’s versatility and matchup problems. Texas Tech will get a massive win against Baylor at home.
Prediction: Texas Tech 66 Baylor 60

Creighton and Villanova are both coming off lose looking for a bounce-back win. As for Villanova, they must be able to get bigger production from Jeremiah Robison-Earl on the offensive end. In addition, Cole Swider could play a big role in impacting the versatility of the Creighton bigs. Further, Villanova has advantages with Saddiq Bey and Jermaine Samuels offensively and being able to defend their perimeter. Collin Gillespie has a major task dealing with the play of Marcus Zegarowski in this game. The x-factor for Villanova in this game could be the production from Justin Moore and Bryan Antoine.
As for Creighton, their success predicates from Marcus Zegarowski and Ty-Shon Alexander’s ability to score the basketball and distribution. Next, Denzel Mahoney will need to be key defensively against Cole Swider and Jeremiah Robinson-Earl. Also, Damien Jefferson will need to be productive inside for Creighton to establish the interior. A key factor will be the ability for Mitch Ballock to getting going from the perimeter making huge three’s. The backcourt for Creighton will outlast the Villanova perimeter for a win.
Prediction: Creighton 76 Villanova 73

This will be the biggest test for Wichita State looking for a very solid win over Memphis. For Wichita State, it starts with their toughness and tenacity as a team defensively. Next, Erik Stevenson has been the go-to option on the perimeter for Wichita State and will need to take advantage of the Memphis backcourt. Further, Jamrius Burton is very tough and gives a really good ability to score and provide versatility. Next, Trey Wade will have a major responsibility in containing Precious Achiuwa who’s energy and productivity is off the charts. As well as, Jaime Echenique having a big game inside against a Memphis team without a true big. The play of Grant Sherfield will be important to give an additional length for Wichita State.
With Memphis, Precious Achiuwa is their key to success with the energy and effort he plays with. Next, the backcourt for Memphis must step up in a big way with Boogie Ellis and Davion Baugh being able to defend and make big shots. Furthermore, Lester Quinones has very good size and will match the backcourt of Wichita State. If Memphis can get the production from the backcourt they will get back on track against Wichita State. The understanding of roles for Wichita State will help them prevail versus Memphis.
Prediction: Wichita State 63 Memphis 59

Arizona is coming off a strong win against Arizona State looking to continue that against Oregon. The play of Nico Mannion will be crucial against the play of Payton Pritchard for Oregon. In addition, Zeke Nnaji will need to be very good inside with the size of N’Faly Dante and Francis Okoro. Continued, the size of Jalen Green will be vital against the scoring of Chris Duarte and Antony Mathis. The inexperience of Arizona will have a major impact in this matchup.
Payton Pritchard will need to impose his experience against Nico Mannion. For Oregon, being able to use their multiple bodies of size against Zeke Nnaji inside will be important. In addition, the shot-making of Chris Duarte and Anthony Mathis will be crucial. As well as, Dana Altman allowing his team to play with rhythm and not going to the bench too often with the multitude of options. The Oregon depth and experience will beat Arizona in this matchup.
Prediction: Oregon 80 Arizona 69

Is Mike McCarthy a Good Fit for the Dallas Cowboys?