Missouri is coming off a massive road win at Tennessee and looking to keep the momentum going. The production of Xavier Pinson has been really good with his slashing ability and smoothness on both ends. Furthermore, Dru Smith will be vital in this game to set the tone with his energy and ability to play in transition. Additionally, he will have a tremendous matchup against Sharife Cooper and his job to slow down his production. Also, a key for Missouri in this game will be the ability for Jeremiah Tilmon to dominate in the paint against Auburn without that interior presence. Next, Mark Smith needs to keep up his ability to make big shots and be a key factor in the Missouri offense. The Missouri defense will be the most important slowing down Auburn in transition and behind the 3-point line.
As for Auburn, everything is built around Cooper and his ability to be the maestro of this potent offense. Allen Flanigan has played at a high level off the ball, and be that go to score for Auburn he’ll need to be productive. Now, Jaylin Williams will be important for Auburn to have some success and slowing down Tilmon. As well, getting further production from J.T. Thor will be really important for Auburn’s growth on both ends. Missouri’s defense will be able to slow down Auburn enough to win this game.
Matchup to Watch: Dru Smith vs Sharife Cooper
Prediction: Missouri 85 Auburn 78 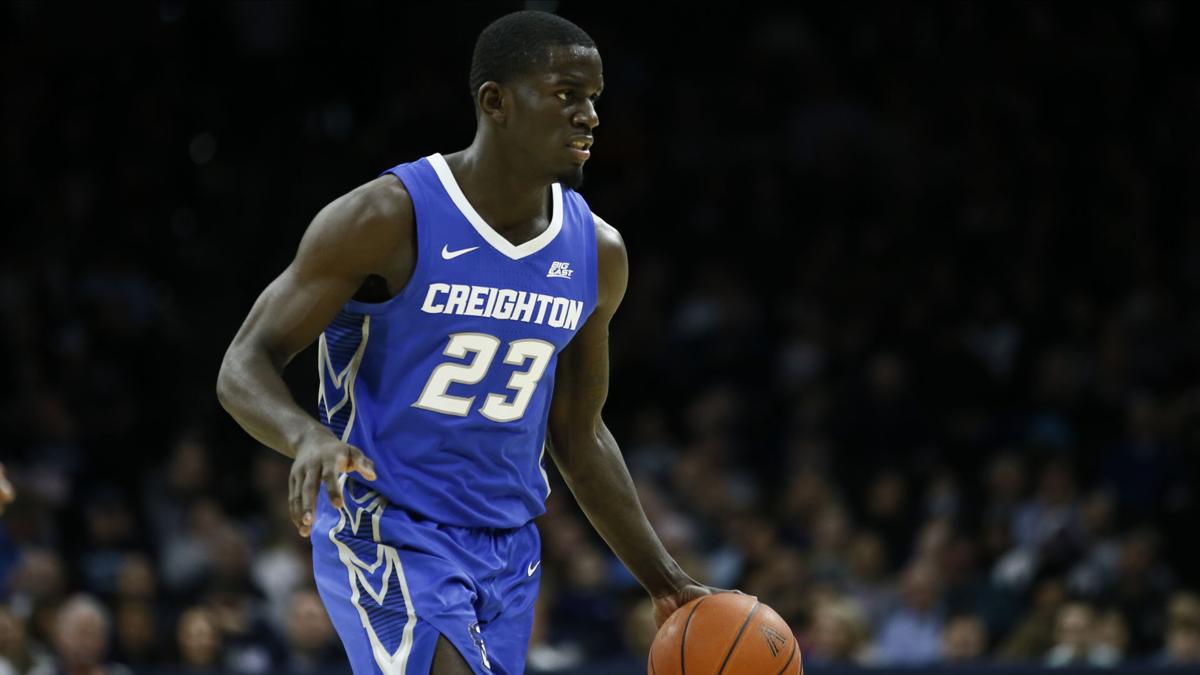 Now, if Seton Hall is going to return to the NCAA Tournament it is a game like this they will need to add to their resume. First off, their defense will need to play at a high level slowing down the Creighton offense. Therefore, their ability to guard the versatility of Damien Jefferson, Christian Bishop and Denzel Mahoney will be key. Next, Jared Rhoden must produce at a high level on both ends leading the way for this perimeter. Further, Sandro Mamukelashvili will need to be at his best leading the Seton Hall offense attacking the Creighton frontcourt. This could be a big opportunity for Tyrese Samuel with his ability to match up with the Creighton frontcourt. Getting Bryce Aiken back into the mix could help elevate Seton Hall as a whole.
As for Creighton, they must get Mitch Ballock back on track for their ability to be dynamic offensively. Additionally, Marcus Zegarowski continuing to get back in the form will be important for him to be their catalyst. The versatility of Jefferson and Bishop will be key in attacking the Seton Hall frontcourt. Also Mahoney is a scoring machine from the mid-range and the 3-point line will be massive for Creighton. This is a massive game for Seton Hall and they will find a way to win this game.
Matchup to Watch: Sandro Mamukelashvili vs Damien Jefferson
Prediction: Seton Hall 73 Creighton 68

For Maryland, this is a massive opportunity if they want to make a run towards getting an NCAA Tournament bid. Furthermore, the guards will need to carry the day for Maryland starting with Eric Ayala and his shot-making and grit. Aaron Wiggins will need to produce at a high level with his rebounding and ability to get his shot. The versatility Darryl Morsell will be really big defending the Wisconsin perimeter. The biggest factor could be Donta Scott with his toughness inside providing offense and defending Micah Potter. Also, an  x-factor for Maryland is Jarius Hamilton who can provide big-time scoring in the frontcourt for Maryland off the bench.
Moving forward with Wisconsin, they must establish more consistent play and bounce back from the Ohio State loss. Furthermore, this starts with the efficiency of Brad Davison on the offensive end. Along with, getting the best production from D’Mitrik Trice on both ends. Their ability to get consistent play from Nate Reuvers and Micah Potter will be key to establish their success in the paint. The key player for Wisconsin is Aleem Ford with his ability to defend and make key shots. Wisconsin will go on the road and come away with a big win against Maryland.
Matchup to Watch: Eric Ayala vs D’Mitrik Trice
Prediction: Wisconsin 71 Maryland 65

These two teams are at the top of the PAC 12 and will be looking to bounce back from disappointing losses. Now, with UCLA their success starts with Tyger Campbell and his ability to control the game his tempo, and his playmaking ability. Furthermore, the scoring ability of Jaime Jaquez has been big for UCLA with his consistency. Also, UCLA will need to get continued shot-making from Johnny Juzang to be even more explosive offensively. Furthermore, the play of Jules Bernard and Cody Riley must way more consistent for UCLA to reach their potential. Continued, the defense for UCLA against Chris Duarte will be massive for them to win this game if he plays. As for Oregon, their ability to win this game will hinge on the availability of Chris Duarte. Next, the play of Jalen Terry will be really important giving Oregon a go-to ball-handler and distributor. Additionally, the frontcourt will be important for Oregon winning this game with Eugene Omoruyi using his size and physicality on both ends. The effectiveness of Emmitt Williams will be important with him needing to more efficient. UCLA will win this game with the offensive continuity only growing further.
Matchup to Watch: Cody Riley vs Eugene Omoruyi
Prediction: UCLA 74 Oregon 68 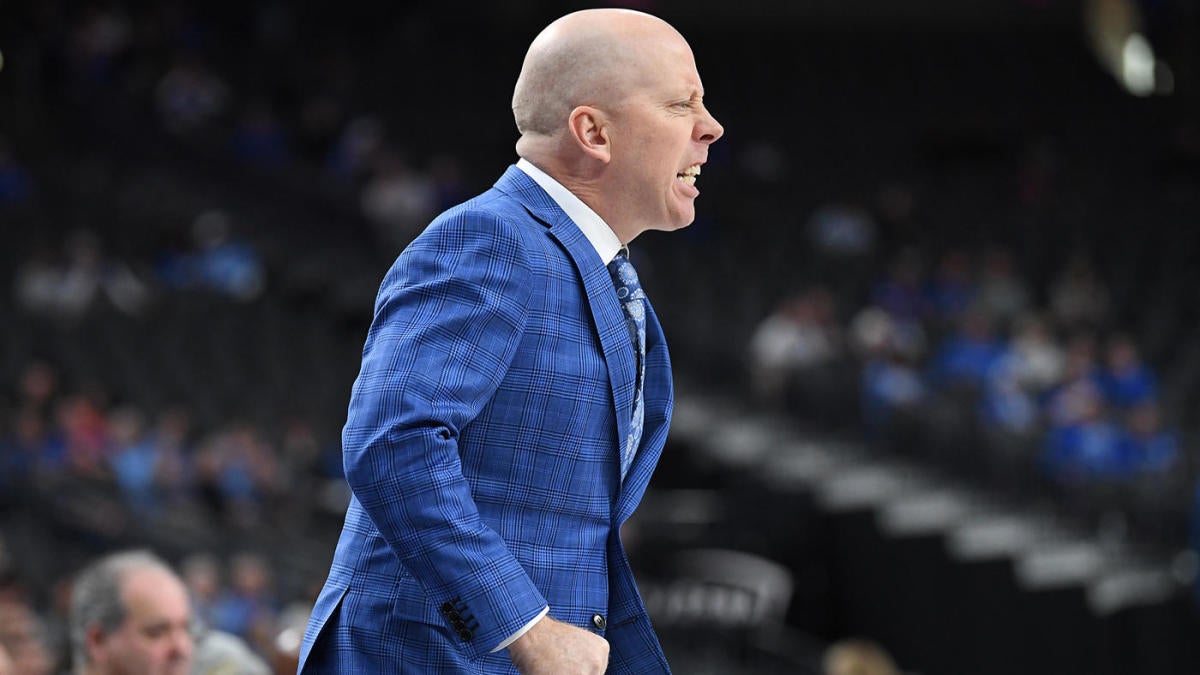 This will be a massive opportunity for UConn to come away with a signature win against Villanova. Furthermore, the continued growth of the UConn offense without James Bouknight will be important to defeat Villanova. Therefore, the interior for UConn must be an area to attack Villanova on offense with Adam Sanogo and Isaiah Whaley. Continued, R.J. Cole will need to continue to play well as the primary ball-handler as a distributor and scorer. Additionally, Tyler Polley must be key with his ability to take over a game with his 3pt shooting. As well as, Tyrese Martin turning into that primary wing scorer they can consistently depend on. The tempo of this game will be key too with their ability to slow down the Villanova offense. As for Villanova, Collin Gillespie will need to dictate this game going against R.J. Cole on both ends. Further, Jeremiah Robinson-Earl will need to use his ability to play in the mid-range and mobility against the UConn bigs. A key matchup for Villanova will be defending Tyrese Martin the combination of Jeremiah Samuels and Caleb Daniels will be important. Additionally, Justin Moore’s ability to get in the lane and make plays will be crucial for their offense. Overall, the ability for the offense of Villanova to be consistent will beat UConn.
Matchup to Watch: Collin Gillespie vs R.J. Cole
Prediction: Villanova 77 UConn 68