Mike Rhoades will return a veteran core that made the NCAA tournament last season. Further, the backcourt will be dynamic with De’Riante Jenkins and Marcus Evans. Also, the frontcourt will be very solid with Marcus Santos-Silva being the focal point along with Issac Vann. Next, there is the depth with Corey Douglas, Mike’L Simms and a very talented freshman in Nah’Shon Hyland. VCU will have an opportunity to win the A-10 and advance in the NCAA tournament this season.

Bob McKillop has a strong returning core from last years team. In addition, this team will be led by Jon Axel Gudmundson in the backcourt who brings consistency and scoring ability. Also, Kellan Grady needs to prove to be the go-to scorer he can be from his freshman season. Next, the frontcourt is very solid with Luka Brojkovic and Kishawn Pritchett. Further, Luke Frampton brings an ability to be a great three-point shooter to add to the perimeter. Davidson will have a great opportunity to make the NCAA tournament this season.

Anthony Grant will have a very solid team for this upcoming season. Furthermore, this team will be led by the highly talented Obi Toppin who brings great versatility and ability to take over games. Next, the backcourt will be very solid with Jalen Crutcher Jr., will bring great consistency. Also, Ryan Mikesell will be next to Obi Toppin in the frontcourt who can continue to develop into a more effective player. Dayton will have the opportunity to compete for a spot in the NCAA tournament this season. 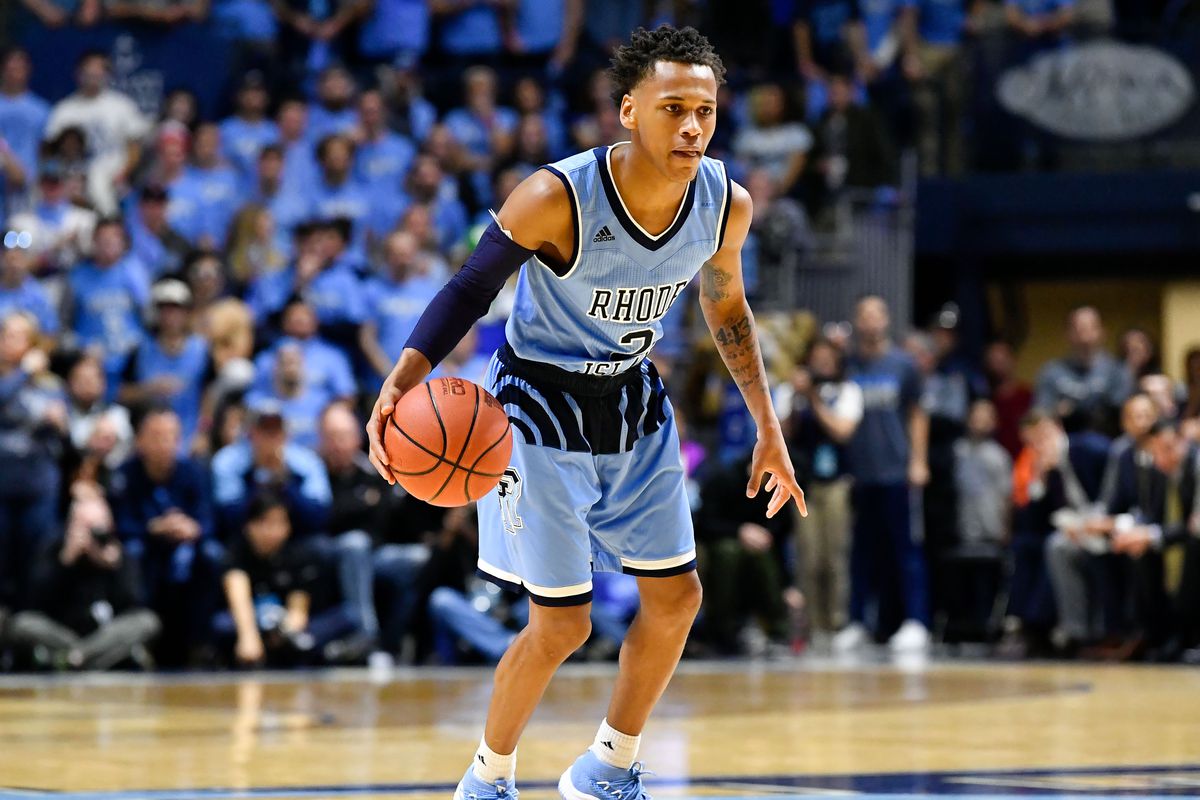 David Cox returns his three best players with an opportunity to see real growth in their games. First off, Fats Russell plays with high energy and is a volume shooter who must become a better distributor and have improved shot selection. Also, Jeff Dowtin brings good size to the backcourt with very good skill, he could develop into a more dynamic scorer. Cyril Vangevine brings really good consistency and versatility and is the key to Rhode Island’s success. Further, Tyrese Martin will develop into the x-factor for Rhode Island. Rhode Island has talent, but the frontcourt and depth are concerns.

Travis Ford, after getting to the NCAA tournament last season, will look to keep that momentum going forward. Further, Jordan Goodwin brings great perimeter defense and reliability to the backcourt. Also, Hasahn French brings great versatility and consistency to the frontcourt. In addition, Fred Thatch Jr. brings as well as the defensive mindset to the backcourt with Goodwin. KC Hankton gives a reliable option to the frontcourt. Javonte Perkins could give an additional scorer to the perimeter. Saint Louis will look to retain the success from last season to now.

Keith Dambrot has a roster that can start to make some noise this season in the A-10. Next, Tavian Dunn-Martin is a dynamic guard who brings very good stability to the backcourt along with Frankie Hughes. Also, Lamar Norman Jr. and Marcus Weathers are very solid players who could take the next step. In addition, Amari Kelly needs to develop into a threat to give the frontcourt more consistency. Duquesne has an opportunity to have a very solid season.

Chris Mooney has an opportunity to have an improved record for this upcoming season. Further, Jacob Gilyard and Nick Sherod create a dynamic backcourt that can carry Richmond throughout the season. Also, Nathan Cayo brings really good athleticism to the frontcourt as the primary option. Blake Francis will be an impact transfer that will add the ability to get points off the bench. Richmond has the capabilities to show major growth this season with a strong backcourt.

Dave Paulsen has an opportunity to turn the corner at George Mason this season. Furthermore, Justin Kier will be the lead guard and the go-to scorer for George Mason. Jordan Miller gives them versatility on the perimeter with the ability to further develop. Next, AJ Wilson has an opportunity to be a very solid piece in the frontcourt along with Josh Oduro who can develop into a very solid player. George Mason needs to be able to take the next step this season.

Billy Lange is heading into his first year as St. Joe’s head coach coming from the Philadelphia 76ers. Next, his routes in Philadelphia will give him advantages in recruiting in the area. Furthermore, Taylor Funk in the frontcourt will give solid production along with Anthony Longpre and Lorenzo Edwards. In addition, Ryan Daly a transfer will bring in immediate ability to give good minutes to the perimeter. St Joe’s is moving into a new era with Billy Lange and the blueprint to success starts this season.

Ashley Howard is heading into year two looking to have been able to sustain success. Furthermore, the addition of Scott Spencer will be a major addition to the perimeter. Also, Isiah Deas and David Beatty will bring experience to the backcourt and should be very solid. Ed Crowsell will produce solid minutes in the frontcourt and Jack Clark brings really good versatility as well. La Salle has an opportunity to make a jump in year two under Ashley Howard.

Jamion Christian in year one will look to build the fountain to continue his success as a head coach now at George Washington. Justin Mazzulla brings a veteran presence to the backcourt along with Armel Potter. Arnaldo Toro will give them a solid option in the frontcourt with Javier Langarcia who could develop into a really productive player. George Washington will have the opportunity to take the right steps with Jamion Christian leading the way.

Jeff Neubauer must show the development of his team as he enters year five. In addition, Ty Perry has an opportunity to further develop and become a reliable scorer. Chuma Ohams has the opportunity to really take the next step in the frontcourt with his activity on the boards and rim protection. Antwon Portley is the most experience guard and must have a great season for Fordham to have success. Fordham must be able to make progress in the A-10 this year.