Getting to Know FaZe Testy: A Passion…

Battle For The Breadsticks: Will The Vancouver…

Looking Back at the Broncos Last 10…

This matchup represents the two top teams in the country in the AP poll. Furthermore, the battle of the backcourt will be very intriguing with Cassius Winston leading Michigan State. As for Kentucky, it will have a litany of guards with Ashton Hagans, Tyrese Maxey and Immanuel Quickley. Also, the biggest matchup could be in the frontcourt with Xavier Tillman versus Nick Richards, who’s athleticism will be tested against Tillman’s physicality. In addition, the x-factor for this game will be Kentucky’s ability to contain Aaron Henry with young freshmen such as Khalil Whitney and Keion Brooks Jr. This is will be a high-level game with great size and athleticism. Ultimately, the veteran makeup of Michigan State gives them an advantage against the young Kentucky team.

Kansas and Villanova have had big recent matchups over the course of the last four seasons. This will set up to be another showdown starting with dynamic wings in Jeremiah Earl-Robinson and Ochai Ogbaji will be very good. Also, the ultimate mismatch in this game will be Udoka Azubuike, because Villanova does not have a true big man to contain him. Further, the backcourt of Devon Dotson versus Collin Gillespie will be very interesting if Dotson can use his speed to exploit Gillespie. In addition, wings Isiah Moss versus the interchangeable players in Jermaine Samuels and Saddiq Bey will be key. The biggest factor in this game will be the size of Kansas and their ability to dominate the paint in this game.

This will feature two premier point guards in Cassius Winston and Tre Jones in a rematch of the Elite 8 game. Next, the frontcourt battle of Xavier Tillman and Vernon Carey will be very interesting to see if Carey, can use his size and skill against Tillman. Also, the versatility of Matthew Hurt will be a matchup problem for Michigan State with having Marcus Binighman a slower player or smaller player in Jules Marble on Hurt. This matchup will play a vital role in determining the outcome of this game. Also, the inexperience on the wings for Duke in Wendell Moore, and Cassius Stanley will be tested against Aaron Henry. The theme of veterans versus inexperienced will be tested in this game.

Now, this will set up for a great matchup on opening night. There will be a great matchup in the frontcourt with Udoka Azuibike versus Vernon Carey, as well as, Matthew Hurt against David McCormick and Silvio De Sousa. In addition, there will be two elite point guards competing in Tre Jones and Devon Dotson. Furthermore, the perimeter of Isaiah Moss, Marcus Garrett, Ochai Agbaji going up against Wendell Moore, Cassius Stanley, Joey Baker and Alex O’Connell. This sets up for Kansas to exploit Duke with the experience and defined skill sets in the perimeter. The depth in this game will be really good as well as the individual matchups.

This will be a huge test for Memphis to see if they can live up to the lofty expectations. Also, this will give James Wiseman an opportunity to dominate as Oregon will not have N’Faly Dante due to ineligibility. Furthermore, Payton Pritchard should have a very good game against an inexperienced backcourt in Alex Lomax, Boogie Ellis and Tyler Harris. In addition, Shakur Juiston will have the ability to bring toughness and a tough matchup for D.J. Jeffries for Memphis. Both of these teams have a lot of talent and are inexperienced playing together. Therefore, whoever can put together a full 40 minutes will use this game as a stepping stone. 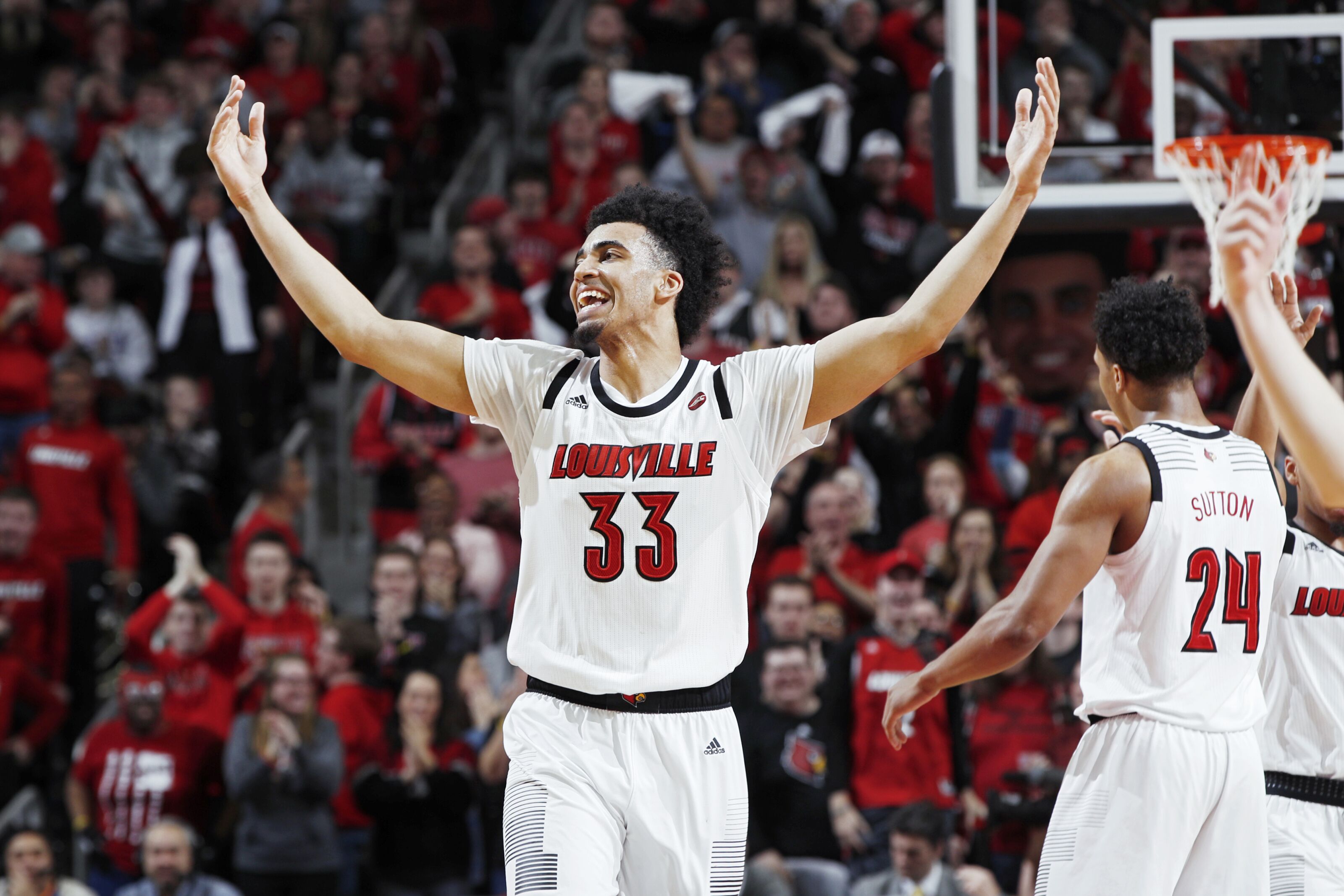 These two teams will bring very good toughness and intensity through this matchup. Next, the matchup of Kyler Edwards and Jordan Nwora on the perimeter will be very good on both ends and each are big shot makers. Furthermore, the motor of Chris Clarke will be a difficult matchup for Steven Enoch in the frontcourt being able to contain him. Also, the point guard battle will be very good with Fresh Kimble and Davide Moretti. In addition, there is a freshman who can be big game changers in this matchup with Samuell Williamson for Louisville and Jahmi’us Ramsey who can add a scoring punch. These teams will be tested physically and offensively with the ability to execute.

The west coast battle of these two teams will be very good, as both teams being very talented but unproven. The backcourt battle of Admon Gilder and Corey Kispert versus Nico Mannion and Josh Green will be vital to this game. The experience of Gonzaga’s backcourt could give them an advantage against the explosive freshman. Next, the most interesting matchup will be in the frontcourt with Chase Jeter and Ira Lee versus Drew Timme and Filip Petrusev. The experience of Arizona’s frontcourt is good, but the athleticism of Gonzaga’s frontcourt could develop into a tough matchup. In addition, both teams have an x-factor in the perimeter in Joel Ayai for Gonzaga and Max Hazard for Arizona. Now, both of these teams have high expectations, but both have question marks that need to be answered.

The rivalry over the state of Kentucky will be as electric as any season before. Now, the matchup of guarding Jordan Nwora will be really key and that could be assigned to Tyrese Maxey or Khalil Whitney for Kentucky. Also, the frontcourt for Kentucky with Nick Richards, E.J. Montgomery and Nate Sestina need to be able to outplay Steven Enoch and Malik Williams. Also, the matchup of Ashton Hagans versus Fresh Kimble will be key to who can dictate the tempo of the game. Further, Samuell Williamson of Louisville will need to compete against Keion Brooks, Johnny Juzang and Khalil Whitney. The battle of Kentucky will be very good with really good depth and high-level talent.

The rematch of the great Elite 8 game will be looking very different from the departures for both teams. Furthermore, Nojel Eastern will be a tough matchup for Virginia with his versatility. Also, the matchup of Trevion Williams versus Mamadi Diakite will be very good. As both are two of the top bigs in the country who can take a game over. Further, the matchup of Matt Haarms and Jay Huff will be very interesting as Huff will be able to stretch Haarms away from the basket. In addition, Aaron Wheeler will be a player for Purdue who must elevate his ability to score. For Virginia, Tomas Woldentensae will be the x-factor that can really help Virginia keep that same level of success. Purdue and Virginia are two of the best-coached teams in the country, which sets up for a great game.

These two teams have very high expectations for the first time in some time. Also, these teams have two of the best guards in the country with Anthony Cowan for Maryland and Myles Powell for Seton Hall. The backcourts are both loaded with secondary options with Maryland having Eric Ayala, Aaron Wiggins and Darryl Morsell and Seton Hall with Myles Cale and Quincy McKnight. The frontcourt advantage goes to Maryland with having Jalen Smith, Makhi Mitchell and Makhel Mitchell. For Seton Hall Ike Obiagu, Sandro Mamukelshvili and Taurean Thompson must step up. The two teams have an opportunity to prove their place among college basketball’s best with two stars respectively in Anthony Cowan and Myles Powell.

Images Courtesy of, Big Red Louie, The New Yorker, The Only Colors